The first time I met my ex-wife’s lifelong best friend was naturally a little nerve-wracking. So, it was awesome when the conversation took a turn, for reasons long since forgotten, that led me to saying, “I was nauseous.” Really? She asked, Were you? Nauseous? And then I understood…she was trying to score pedantic points in some imaginary contest, insisting that “nauseated” was the correct term, and that nauseous meant to make others sick.

That wasn’t true, of course, except by the same self-serving set of imaginary rules that leads to the production of t-shirts saying “I’m judging your grammar,” faux-Latin strictures to never end sentences with a preposition, and monstrosities borne of belief in the etymological fallacy such as “decimate” is only properly used to refer to destroying 1/10 of something.

I’ll admit, I still occasionally shared my grammar peeves back then, but how could she possibly have thought this attempt at linguistic humiliation was a good way to get to know your best friend’s lifetime partner?

Well, no, person who I now only think of at all when I feel I might vomit, it wasn’t good. Nor is how nauseous I’ve been all day. And it’s nausea of the worst kind, the sort that wasn’t relieved by spewing into my new trash can during my telehealth visit with the doctor who has been administering my ECT. 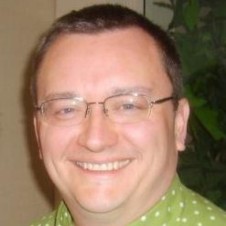